I went to Lake Como (Lago di Como), Italy last year in the mid September with my husband, to commemorate our 1st year wedding anniversary. We did not stay over there, but we went in one day by train from Milan. That was the best option for us, because we also could visit and enjoy Milan on one trip.

According to Wikipedia, Lake Como has been a popular retreat for aristocrats and wealthy people since Roman times, and a very popular tourist attraction with many artistic and cultural gems. Many famous people have or have had homes on the shores of Lake Como, such as Gianni Versace, Madonna and George Clooney. For Intermezzo, during that time of the year George Clooney had been rumored to have his wedding with Amal Alamuddin at his Villa in Lake Como (which did not happen, since they had their wedding in Venice, Italy :)). 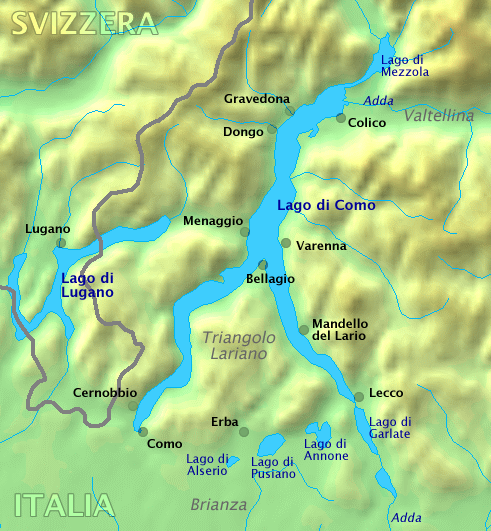 There are approximately 10-11 towns located along the Lake as you can see on the map above.  I think Bellagio is one of the cities that most people familiar with. On our trip, we had a chance to visit Varenna and Bellagio.

Actually, there are a lot of travel agent that offered one day trip from Milan to Lake Como. But after we did (well, I mostly :p) some research we decided to just do the trip by ourselves.

From our hotel, we use a subway/metro to Milan Central Station (Milan Centrale). Then from there, we took the train (regionale) with destination Varenna. The train runs every two hours from Milan Centrale. It takes approximately one hour to reach Varenna. The cost of the ticket at that moment was only €6 for one way (for 2nd class). For reference, you can check the train schedule and the ticket price on their official website.

I think you would enjoy the scenic view served by the ride – especially when the train has reached the lake area – as much as we do :). On the early hours of our trip the weather was quite gloomy. A bit drizzles and lots of clouds covering the sky. Luckily the weather was getting better and better afterwards. When we reached Varenna, there was a certain of excitement burst out. Even from there you can see how beautiful the surrounding is.

Varenna is small enough to be enjoyed only by foot. With staircases and steep paths, the historical centre of Varenna is nicely cozy and has bars with terraces and a pedestrian walk along the lake shore. The biggest draw of Varenna is simply to be able to stroll around by the lakeside or through the winding alleyways, enjoy the traditional Italian architecture and take in the serene atmosphere.

In between our walk, we decided to get our lunch at Bar Il Molo, where then we got served this stunning view along with a very nice homemade pizzas, fresh juice and a cup of Italian coffee. The price was still quite reasonable and the food were good. All those combined with the view, sitting there for a while was really worth it. In highlight, my husband really likes the coffee they served.

After lunch we continued our walks, heading towards the City Center (sort of), where the Church (with the high tower) located. Apparently on that day there were a group of old cars having a convoy (I’m sorry I don’t know the name of the Car Brand, but They look super nice!). Oh, and also we saw a couple having a (pre)wed shoot in front of the Church =) 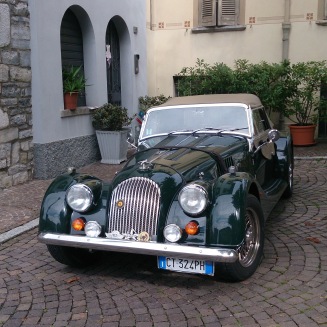 After we were done with Varenna (well, more or less), we decided to go to other city around the Lake as well. We took the Ferry trip from Varenna to Bellagio – the city which located at the opposite of Varenna. The Ferry that we took itself is connecting three cities: Bellagio – Menaggio – Varenna. There are also some other routes offered. The fare for one way trip is €4.60. If you are using car, you can also go across the Lake using the Ferry. The ticket price for one transportation (the driver is inclusive) is €15. For the timetable and the price of the Ferry ticket, you can check directly to their website.

Bellagio is situated upon the cape of the land mass that divides Lake Como in two. Many celebrities are known to pass through Bellagio. Even the President of Mirage Resort got inspired and decided to build The Bellagio Hotel in Las Vegas after his visit to this town. The City has more hotels (as well as luxury villas) and restaurants to offer along the lakeside than Varenna. The size of the town is quite big.

In my opinion Bellagio is a bit more touristic than Varenna. You can notice it right away from the number of souvenir stores available, and of course the price they have set for 🙂

Apart from that, Bellagio is as beautiful as Varenna. That typical small alley with some steep steps, the extravagant church on the higher area of the town (The Basilica of St. James – San Giacomo), and the beautiful view along the lakeside. What makes it special, unlike in Varenna, Bellagio provides some benches and walk path around the lake side, so that when you get tired of walking, you can just sit there and enjoying the sun and the view. 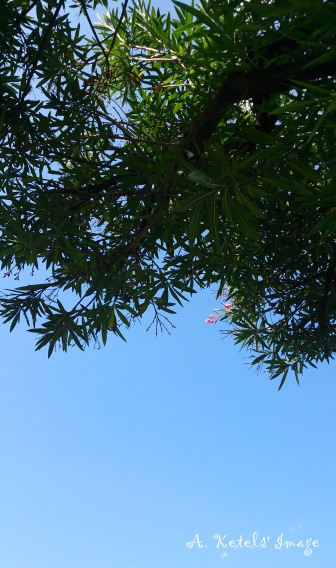 After we felt quite satisfied (and getting tired from the walk :p) we then returned to Varenna, and then back to Milan.

We were glad that we have decided to visit Lake Como. We know it would be worth it but what we have got were much more than what we expected. It’s definitely not going to be the last time we visit this area =)

4 thoughts on “One Day Trip to Lake Como, Italy”